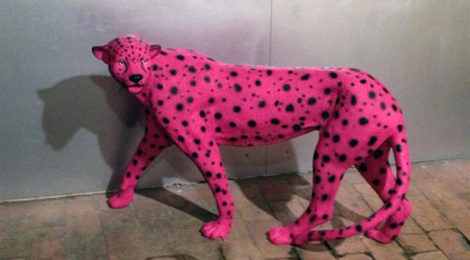 In the work of Maria Rebecca Ballestra, in its results photos and video, uses the presence of architectural components. First Testimonial elements of encounters with other cultures - understood and lived by, through the journey, as opportunities to relativize their own point of view and penetrate significantly in diversity - architectures become involved with time attendance uncertain fate of all humanity. This transformation occurs as a result of a turning point in the search for Ballestra, that from 2009 finds inspiration in some of the most pressing issues of the contemporary world and global, such as climate change, immoderate consumption of natural resources and energy, the resulting new political and economic scenarios.
With this in mind the idea of ​​creating within the work of Maria Rebecca Ballestra a path between different types of architecture - temples, churches, historic buildings, housing complexes, shopping centers and entire urban systems - identifying them in the meta-architectures, that is symbolic and metaphorical elements of which the artist uses to tell a story in three parts, that intersect one another and: the first moment is that of power, in which man, universally understood, affirms its cultural supremacy, policy, technological and economic right through the design and construction of majestic buildings; the next phase is that of the decline, in which man, Promethean creator, ceases to be the undisputed bearer of progress and is confronted with the responsibility of destroying the balance; the last one was is, visionary, oblivion, in which man, species between species, potentially disappears and architecture survives, silent witness of ambitions and glorious past.
In the vision of posthuman Maria Rebecca Ballestra, man persist, but, instincts and attitudes, personified by animals more or less advanced; and if a giant ostrich good is the widespread tendency of the human species to escape the comparison with their responsibilities and do not want to become aware of problems - including those involved in the same dimension and deeply antifunctional dystopian architecture of the, evoked by technological buildings that form the backdrop to the imposing animal - a fierce cheetah advances with security in the area built, elegant unreal chromaticism of his robe, becomes a metaphor of the eternal creative power and creative human, opening a window into a future in which to place renewed confidence. 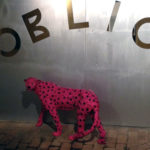 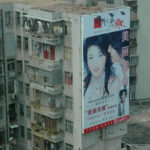 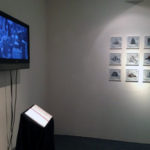 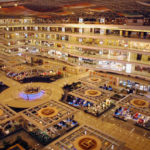 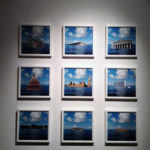 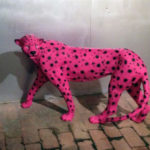 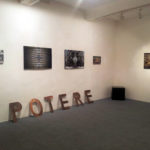 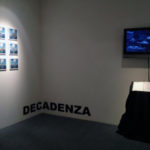 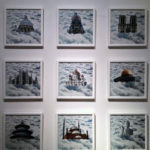 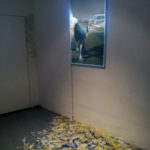 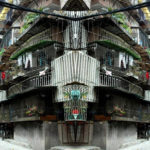