ANTONELLO GHEZZI born in 2009 Academy of Fine Arts in Bologna, from the meeting of Nadia and Paul Antonello Ghezzi.
They begin their first collaboration with the work "Toilet Project", a performative blitz that invaded the bathrooms Arte Fiera. Then they continued to work together, introducing their works not only artistic contexts, using industrial materials and everyday objects such as for the "Mind The Door!"An automatic sliding door that only opens with a smile.
The duo, based in Bologna, He has exhibited at the Italian Institute of Culture in Athens, Documenta 14, BIEL in Beirut, Arsenal Verona, Petit Bain in Parigi, Usina del Arte in Buenos Aires, Pinacoteca Nazionale di Bologna, Moscow Bienniale, Only because of the Museum of Turin, Pitti Uomo in Florence, roBOT Festival, Museum of Villa Croce, Sarajevo Winter Festival, Can opener di Delft, CIFF in Copenhagen and in many other contexts.
Their work is characterized by the poetic value and the participatory aspect, collaborate with companies and scientists, "Entering" art in everyday life, with art installations that combine technology, reality and poetry. 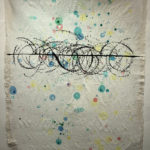 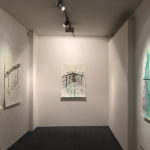 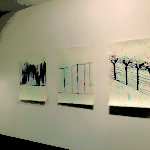