Matteo Tenardi born in 1984 Castenuovo in Garfagnana (Read),lives and works in Massa (Ms). After studying at State Art F. Palma di Massa, where she graduated in Art and Restoration of stone works, he continued his studies at’ Accademia di Belle Arti in Carrara attending the course in painting earning a bachelor's degree in Visual Arts. Among the major exhibitions include: "Artsiders" at the National Gallery (PG), "REMAKE contemporary interpretations of Girl with a Pearl Earring" to Testoni Space gallery in Bologna and the Foundation Terruzzi-Villa Regina Margherita in Bordighera (Im), in 2014; A Matilde, curated by Omar Galliani, Canossa; Michetti Prize at the Michetti Museum of Francavilla al Mare (CH) with the winning of the acquisition premium that enters the permanent collection of the Museum, in 2013; “Open space 2 "at the National Gallery of Cosenza, in 2012; The "LX Review G. B. Salvi "in Sassoferrato (AN); in 2010; "On the Limit" former quarry of Monte Pelato (READ) in 2009; the "13th BIENNIAL OF SACRED ART", Stauros Museum of San Gabriel (Too), in 2008; "Rocca Crystals" civic Gallery Palazzo Borgatta, Rocca Grimalda (Al), in 2007; "Freely Book" to the Monumental Complex William II, Monreale (however,) in 2006.
in April 2014 one of his works became part of the Collection of Contemporary Art of the Ministry of Foreign Affairs, Palazzo della Farnesina (Roma). 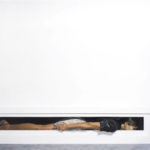 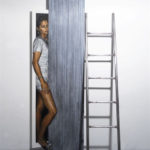 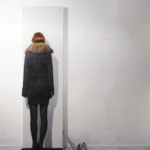 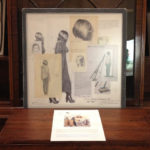