Uses moved to Varese in 1947. He attended the School of Arts of Brera in Milan, city ​​where he also works as an assistant designer for an industry and as a graphic designer for a professional studio. They are the 1962 the first drawings related to his artistic research. In 1964 begins the first three-dimensional works, exhibited in her first solo exhibition in Genoa in 1965, curata da Germano Celant. In 1967 begins the first most challenging exhibitions in Milan, Frankfurt and Cologne. In the same year he was invited to "IX Biennial" of San Paolo in Brazil. In 1968 He is invited with a solo in Italian pavilion, the "XXXIV International Biennale" in Venice.
In 1969 He is invited to represent Italian art in Brussels, during the events of "Europalia". In 1970 began a collaboration with the art dealer Carl Laszlo Basel; with him the important exhibition was the 1972 Kestnergesellschaft to Hanover. In 1974 He realizes the project of a square of the diameter 30 meters, for the INA shopping center in Varese. In 1977 He is invited to "documenta 6" in Kassel. Organize at the Civic Museums of Varese the second "International Symposium of constructive art studios" with H. Heinz Holz.
In 1978 He prepares his six solo exhibitions in museums in Italy, Austria, Sweden and Germany. In 1979 It was the first of three solo exhibitions dedicated to him by the Wilhelm-Hack-Museum in Ludwigshafen, the other two will follow in 1994 and in 2005.
In the early eighties began a long collaboration with the architects Mario Miraglia in Varese and Ong & Ong of Singapore, where it remains long periods, for some major architectural projects, like Goldhill Center 38 plans.
In 1982 He is invited by Attilio Marcolli to "documenting urban" in Kassel and in the same year he received a scholarship from the DAAD, for a three-month stay in Berlin.
In 1984 he had his first art and design exhibition at the Museum of Ceramics in Cerro di Laveno, Varese. In the same year he was invited to Japan; begin at this time personal contacts with architects, visits to some universities and exhibitions in various museums, edited by the publisher and gallery owner Masaomi Unagami Tokyo. Also in 1984 plans in Germany the facade of 220 meters of Thomas porcelain factory in Speichersdorf.
In 1985 organizing three major exhibitions, la prima all’Axis Gallery di Tokyo, then a retrospective at the Museum of Bochum and in Verona, the Museum of Castelvecchio.
In 1986-1987 He continues to show his work in museums Darmstadt, Düsseldorf, Mannheim, Helsinki. The 1987 it is also a period of great collaboration with Rosenthal in Selb company for which studies the facade of 64 meters of new administrative building.
In 1988 Peter Volkwein, Director of the Ingolstadt Museum, commissioned the design of a sculpture 40 meters, as external symbol of the museum.
In 1991 He spends a long time in Kuala Lumpur, in Malaysia, to design the architecture of a commercial building 34 plans.
In 1993 It is the first major retrospective exhibition of art and design combined to Die Neue Sammlung Museum of Monaco which will exhibit the following year in Lisbon Palacio Galveias for "Lisbon European Capital of Culture".
From 1994 He is a member of the jury of the Design Center in Essen. In the same year he was appointed president of the International Museum of Ceramic Design in Cerro di Laveno, Varese, a position he kept for three years.
From 1995 to the 1997 is professor of art and design Summer Academy in Salzburg.
From 1997 to the 2001 Visiting professor ECAL in Lausanne.
In 1998 born daughter Maria Enza, since then more he concentrated his work in Varese, city ​​in 2000 He devotes a major exhibition in his museum and a catalog published by Charta, Milan.
In 2000 began a collaboration with "Abitare Baleri" of Bergamo, studying a collection of home furniture. In 2003 He is a professor at the Brera Academy in Milan. In Switzerland he lectures to high school watch HEAA of La Chaux-De-Fonds. He directs the Summer Academy in Plauen for the restoration of the Martin Lutero Park. Starting from the same year is chairman of the Independent Artists of the Province of Varese.
In 2004 He is coordinator of the project "Living Venice 3" at the University IUAV of Venice. Commissioned by the Wilhelm-Hack-Museum, designing a sculpture of 10 meters for the square adjacent to the museum. He was elected an honorary member of the Royal Designer for Industry in London.
In 2005 It organizes a major retrospective exhibition of art and design in Germany, all'Europäisches Industrial Museum di Plößberg e al Fürstenberg Museum. Opens with a solo exhibition the new Ritter Museum in Waldenbuch. At the same time he opened his project to Piazza Montegrappa in Varese.
In 2007 design architecture of the cultural center "Das kleine Museum" in Weissenstadt in Germany.
In 2008, Concomitant to the Architecture Biennale, Ca 'Pesaro Museum of Venice organizes its important exhibition, which will then be integrated and exposed the following year at the Neues Museum in Nuremberg.
In 2010 It opens a sculpture of 11 meters, come simbolo dell'Europäisches Industrial Museum di Plößberg, in omaggio a Philip Rosenthal. Fonda in Varese "Artparty" for culture on the territory. Inaugurates a retrospective at the Casa del Mantegna in Mantua.
In 2013 He participates in the International Sculpture Biennale Racconigi. In 2014 He dedicated to the design of two major solo exhibitions, the National Museum of Bayreuth, in Germany and the National Gallery of Modern Art in Rome. 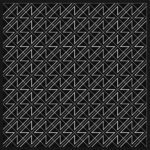 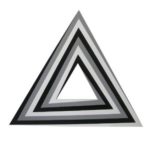 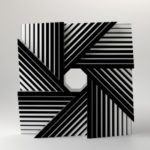