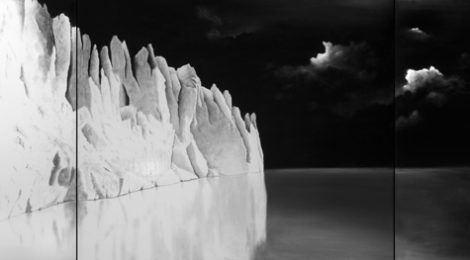 It all started with a book ...

Luke Guenci is the painter, Xerxes Cardellini is the poet. Two artists have combined their talents to create a true art book.

From a surreal world of shapes and images, all in black and white, created by the painter, the poet was inspired writing verses that evoke emotions, the passions and dreams of the human. Because painting and poetry are too: places of our spirit, where we can feel free and dream.
From this collaboration, was founded publishing OR DAY OR NIGHT and this book, the idea for this event with the same title in the halls of the Gallery SPACE TESTONI of Bologna, whose opening day, with the presence of the artist Luke Guenci, has been specifically set at the summer solstice, Thursday 21 June 2012, day the light slowly leaves the room at dusk shortest night of the year.

A video, made by the director Maximum Brizigotti animates the paintings projected on the large central wall at the entrance of the tunnel. The visitor, through animated images of the works on display, can soak up the atmosphere so evocative of the emotions that inspired Luca Guenci in the realization of his paintings, and those that inspired the poetic verses of Xerxes Cardellini dedicated to the works themselves.

The paintings of Luca Guenci presented for the first time in this exhibition, constitute a body of work that shows the eclecticism of this artist, capable of depicting subjects also very different. Alternate visions of cities and towns, ancient and modern, a natural landscape and wild, where heaven and earth touch the horizon up to mirror, generating a mimesis in which it is sometimes difficult to distinguish from each other.
Artistic research Guenci the result of his great imagination, while also drawing from the real world, that the artist has covered during his many travels to distant lands. Its strong point is the original painting material on table, oil and idroclear, a particular substance that illuminates the images and makes it extremely sharp and crisp. At first glance it may seem Guenci these works of photographic works, while presenting scrolls and wise "infidelity" in the distortion of light, shadows and perspective, creating a space of interpretation that arises between real and unreal, between pictorial composition and image photographically reproduced. 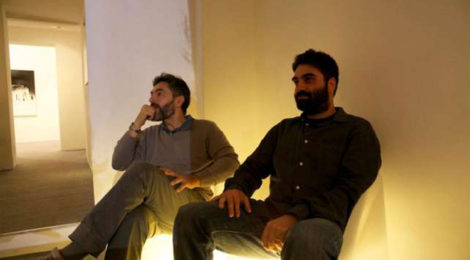 At Artelibro 2012, SPACE TESTONI the gallery dedicated to "Evening Author"Of Saturday 22 September the readings of the poet Xerxes Cardellini of his poems inspired by the works of Luca Guenci collected in the publication OR DAY OR NIGHT - 2011 Greta Editions Pesaro, available in the gallery. 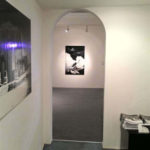 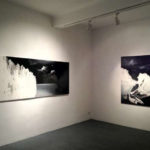 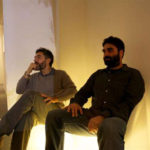 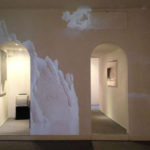 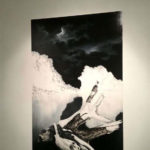 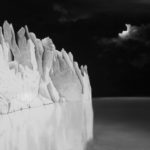 THE APPOINTMENT:
Saturday 22 September 2012
Artelibro 2012 – "Author's Night"
Gallery Space Testoni
readings of poems by Xerxes Cardellini inspired by the works of Luca Guenci collected in the publication Neither day nor night.