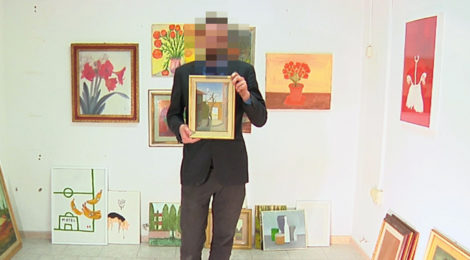 Gallery SPACE TESTONI in the halls of Via D'Azeglio 50 a Bologna, from 20 September to 18 October 2014 It will host the exhibition-performance event One, no one hundred thousand ...... - JOHN DE RACE SHOW ONLY, which will be inaugurated on the occasion of the opening of the gallery by extraordinary evening 20,30 all 22,30 on Saturday 20 September 2014, Serata d'Autore for ARTELIBRO. 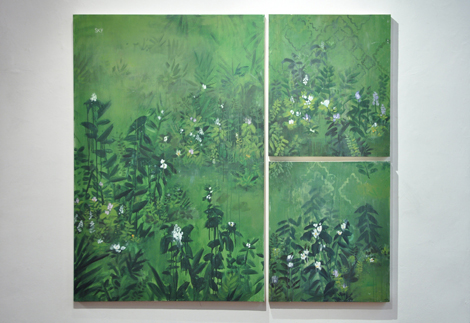 The Florentine artist Giovanni de Gara has been repeatedly presented by the gallery Spazio Testoni, but always in dialogue with other artists and works from time to time different. In this exhibition Giovanni de Race is instead the only actor- protagonist and offers different body of work he produced in recent years, through which has always maintained a Red string interlocutory with the user on the fate of the world and of humanity, analyzing and proposing different visual and conceptual angles in relation to the most striking phenomena generatisi, more or less incidentally, from economic development, social and cultural development of the world population.

In his video performance Re-emerge to see the stars, work selected as a finalist for the San Fedele Prize in 2011, John de Gara, alias X, through the mystification of himself in the role of TV presenter in a fantastic and metaphysical teleshopping, He tries to help them succeed in the art world Remo Castle, Unknown Artist because they never existed, born in Carrara in 1930 da da Dadaist Surrealist father and mother, that has 15 years when they burst the bombs Little Boy and Fat Man and has 55 when an outbreak in Chernobyl 1985, three years after Italy won the football World. 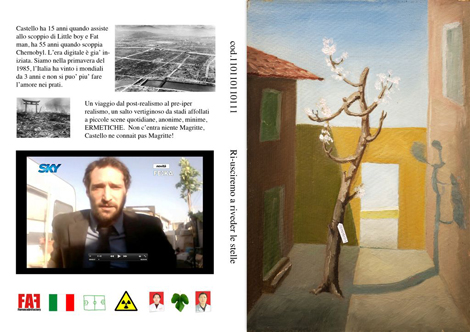 In 2011 the works presented for Testoni Space Looking for the Pope, a metaphorical trip to the end of the world, made by a Japanese in search of the Pope, it is instead the BP oil (Black Pope) and he is moving away, more and more to the west is the temple of tradition and has been replaced by a football pitch.

For this exhibition, the paintings present in the first room are works by unknown artists that have been modified by de Gara updating them to current times and which have been paved all the dirt roads, an intervention almost naive, but which according to the artist embodies all the way that the’ man, now absent in paintings, He has done and which has left its mark on the planet. Traces that gradually and inexorably disappeared, overwhelmed by the lush and finally relaxing nature, that dominates everything and hides in the absence of intervention now permanently extinct human. They are his last paintings in which almost absolute dominates the green color. 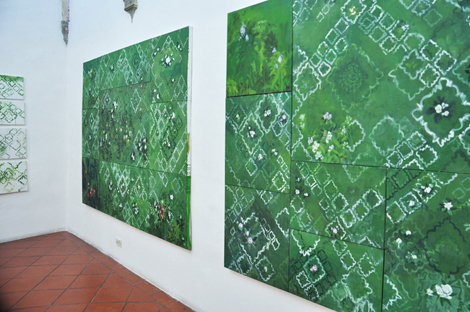 "Green Station”, as defined by Giuliano Serafini in his written presentation of these works, dominant color in many of his works in the past as, and Seraphim writes that it is as if de Race has been selected by the color green, as Klein was chosen by the blue and black Burri.

And then to make the green space you can pick and even sell the stones at Kilo and probably came from the mind "Verde de Race" also his idea of ​​wooden books that tell The true story of a tree, the sales of which will contribute to the creation of new areas intended to forests and public green in places today suffocated by overbuilding.

finally, a return to the past, which remains always evergreen Giovanni de Race, with its logical and existential complexity, his immersion in unlimited design and no size limits. His mind is free in front of the wall and his hand follows it in the intricate windings of its reasoning in black and white, that in the last room of the gallery space Testoni, Giovanni de Gara has left indelible on the parapet of the wall next to the wall panel on which he made his great work for Let Me Write way back in 2008, work for this show will be repositioned in the same space for which it was designed and built, next to the video projection of his immense work, which through a touchpad you can zoom in and see centimeter by centimeter, and so finally able to get everyone to explore his mind free. 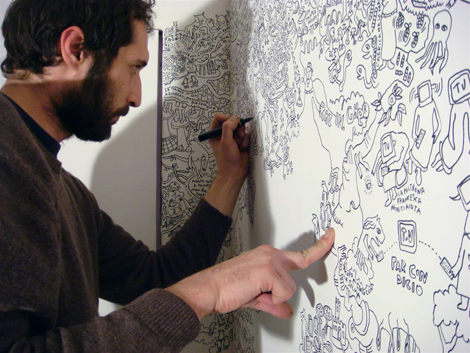 The exhibition One, Nobody ... .Centomila - JOHN DE RACE SHOW ONLY, you will see in the preview by 16,00 all 20,00 on Friday 19 is Saturday 20 September to coincide with the event ARTELIBRO 2014, within which the artist will be present for the Gallery Space Testoni with The True Story of a tree – the only authorized biography from the tree – in the Sala Degli Atti in Palazzo Re Enzo within the Curatorial Project Sergio RisalitiPROGRAM ITALY. myths, archetypes, Nuove Iconography. 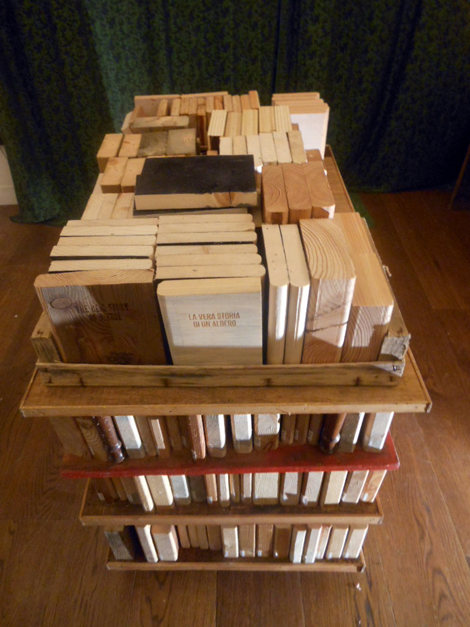 of the gallery opening hours:
Tuesday to Saturday from 16.00 all 20.00
Sunday, Mondays and other times by appointment 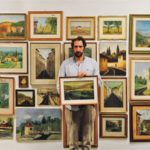 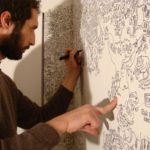 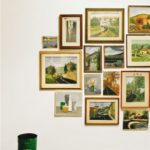 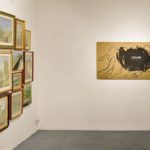 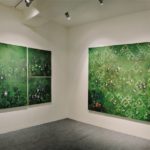 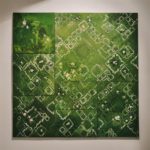 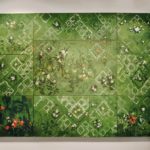 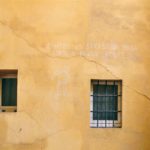 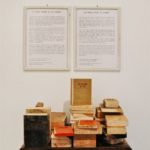 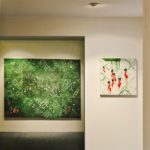 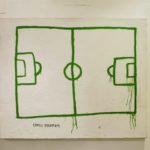 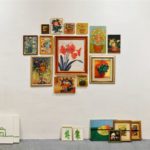 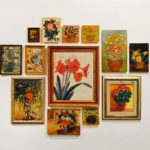 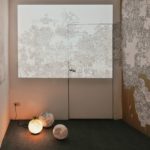 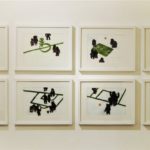 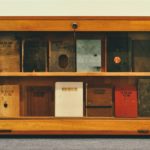 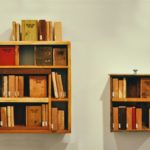 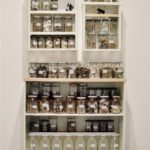 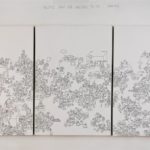 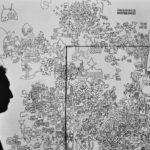 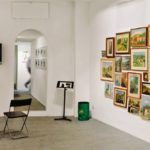