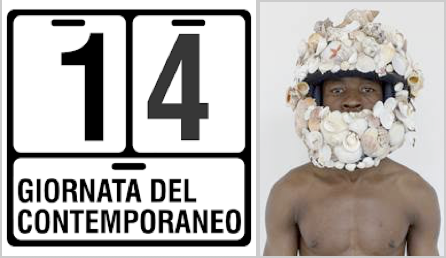 On the occasion of the current exhibition at the Gallery Space Testoni EXODUS the Bolognese artistic duo Antonello Ghezzi and the Florentine John de Gara, for the 14th Day of Contemporary Art we are pleased to invite the public to stroll through the streets of Bologna, starting at 16,00 on Saturday 13 October 2018 the Methodist Church in Valdese Via Venezian n. 1, where Pastor Michel Charbonnier will present the installation created with towels by the artist Giovanni de Race golden isothermal applied at the gateway to the Church for the fourth leg of his traveling project Eldorato. Valdese Methodist Church of Bologna in Via Venzian n. 1 | Render the installation of John de Race

Eldorato of John de Gara It is a project that tells the illusion of this millennium: the existence of a land of gold, where there are well-being and future. A faraway land of which we know little and which they imagine wonders; a land beyond the horizon that we will hide.
The project consists of a series of site-specific installations that use as raw material an object life-saving: Isothermal blankets normally used for first aid in case of accidents, natural disasters, but mainly used in rescue of migrants. With this saving will be gold coated the doors of some churches and some symbolic places Italian, da north south, up to Lampedusa hoping to conclude the tour of St. Peter's threshold, as a global message of welcome.

The visit of John de Race for Eldorato It started on 28 June in Florence, the three doors of the Abbey of San Miniato al Monte which this year celebrates the millennium of its foundation. The second stage (from 6 to the 15 July) He was in the Church of Santa Maria Assunta in Santomato, hamlet of Pistoia famous worldwide for Villa Cells, the contemporary art museum in the open air created by Giuliano Gori. 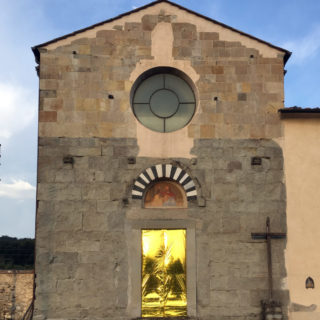 The third stage of the 30 September 2018 was the Parish of St. Gerland Lampedusa. 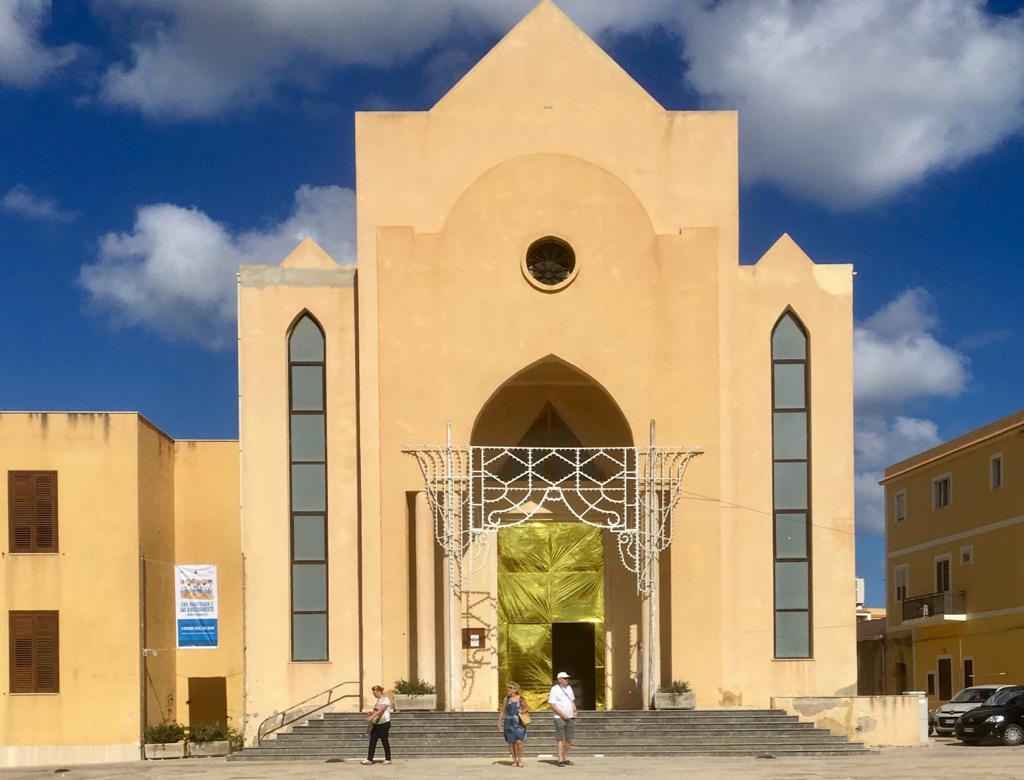 The project aims to promote a deeper reflection on the welcome theme to each individual, regardless of race, gender and creed, to give a sign of warmth and salvation from the contemplation of a golden shining carats but not for the beauty and simplicity of his message.

The trip Eldorato It will be told in a documentary film by director Peter Pasquetti that will follow each installation collecting stories and reflections of those who join the project during its journey. Among the first to join Father Bernardo Gianni, Abbot of San Miniato al Monte; Tomaso Montanari (art historian); Stefano Mancuso (scientist, founder of plant neurobiology), and Francesco Malavolta (press photographer, for twenty years in the wake of the peoples moving on Europe's doorstep) that will accompany the project with a series of shots specially chosen for Eldorato.

John de Race Works made of insulated drapes are on display at the Gallery Space Testoni in Bologna for the exhibition until the Exodus 03/11/2018. 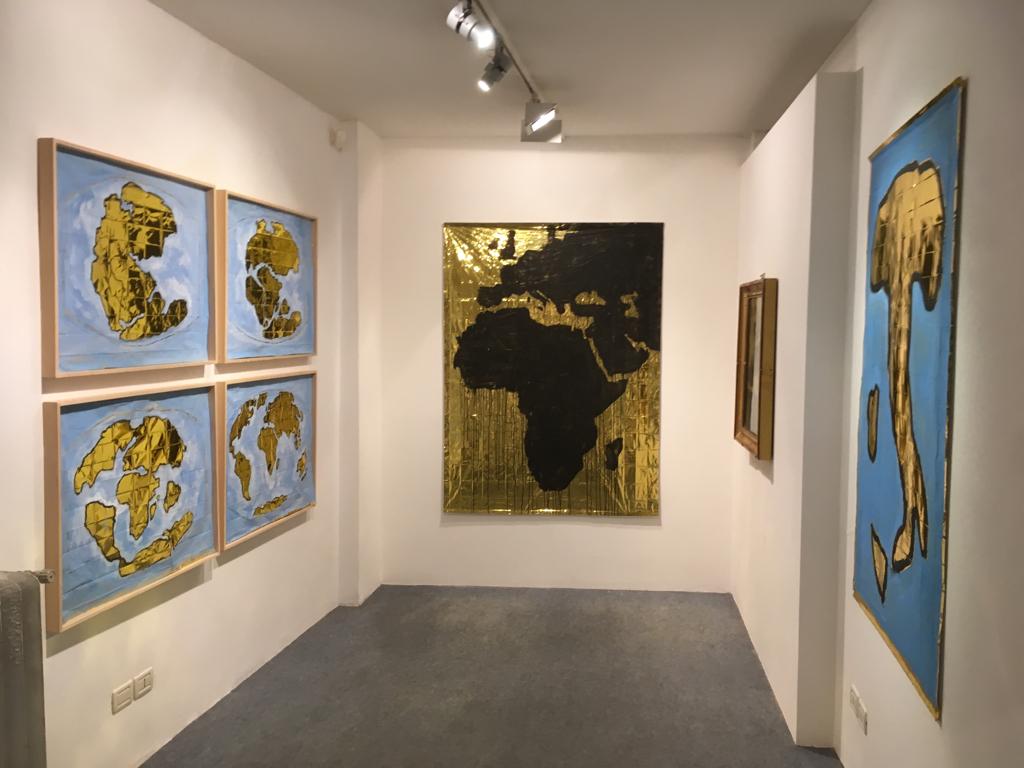 Caution, smile at the Gate!!!

Continuing through the streets of Bologna until the university area, It will be open (until 19,00) the Santa Maria Maddalena in Via Zamboni 47 crossing “Mind the Door!” the door that opens only with a smile, installing Antonello Ghezzi, that after the first presentation in the Art Fair 2012 by Silvia Evangelisti, It was exhibited at the Pinacoteca di Bologna and then from 2013 It was installed permanently the main access of this Church. 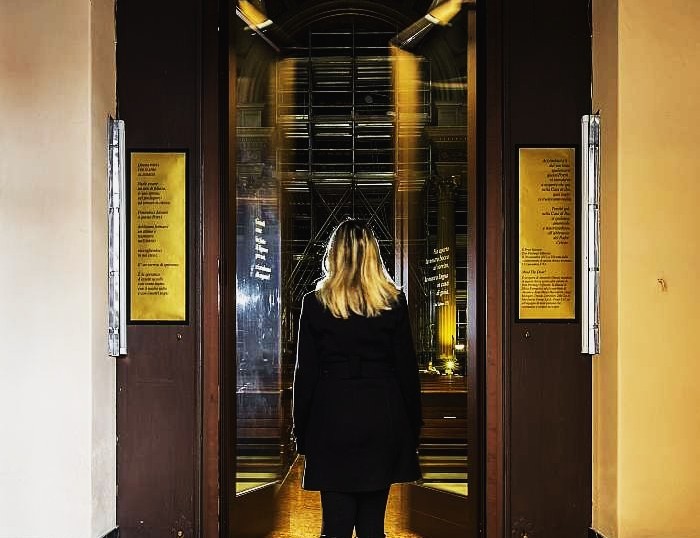 Antonello Ghezzi's works are on display at the Gallery Space Testoni in Bologna for the exhibition until the Exodus 03/11/2018. 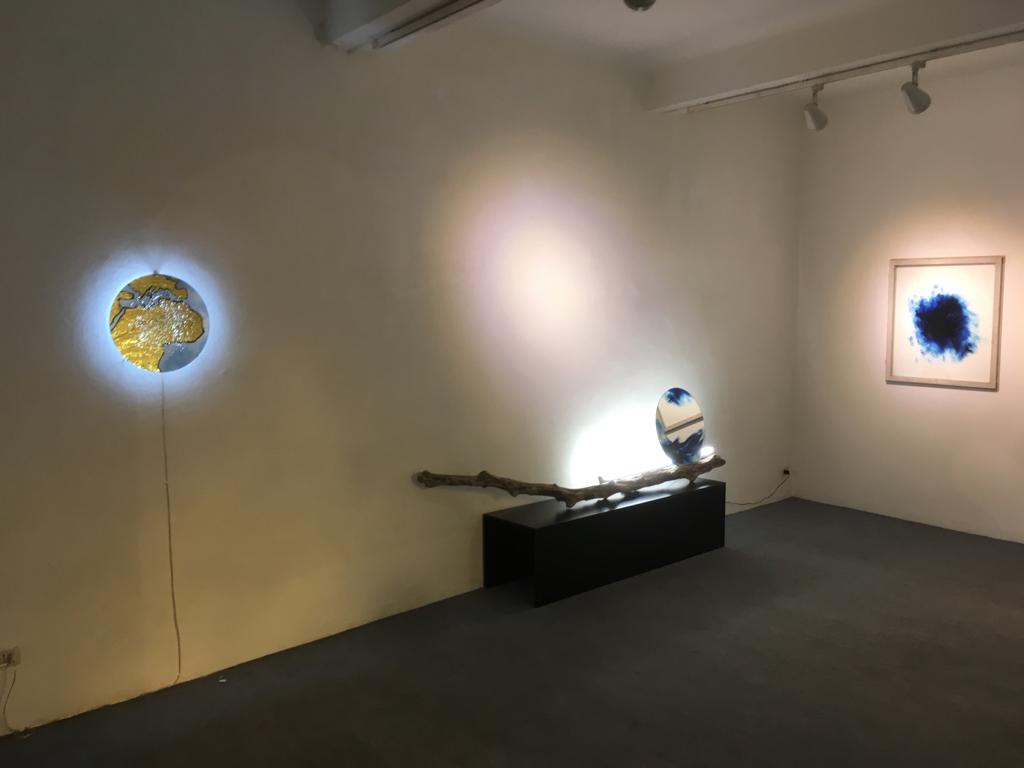 Tags: 14at the Contemporary Art Day