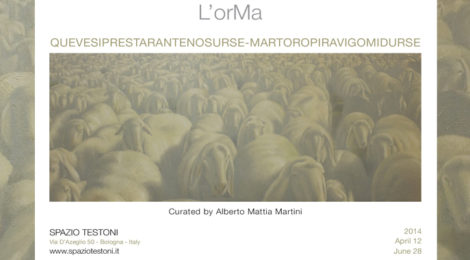 The Gallery SPACE TESTONI, in Via D'Azeglio 50 a Bologna, is pleased to present the solo exhibition of L’orMa entitled "QUEVESIPRESTARANTENOSURSE-MARTOROPIRAVIGOMIDURSE" curated by Alberto Mattia Martini, which opens Saturday 12 April 2014 and it will remain on display until 28 June 2014.

In this exhibition the research of Lorenzo Mariani, Art in the footprint, investigates the current conditioning of media technology on contemporary society and individuals and he himself created the title-tongue twister for his first solo show in Bologna:

“… I thought about a complex word, formed by a set of words (…),I therefore thought of taking a cue from television, because while I work I usually keep it as a background (I don't see it but I feel it). It's a bombardment of messages, very fast, of which something remains unconsciously of some, of others nothing and sometimes they mix. I then played a 'game' that I played when I was in high school and the teacher wanted us to take notes: after hours and hours of listening exhausted I began to write only the syllables, the letters and / or sounds that remained in my head from second to second, without worrying about the meaning, sound or punctuation (imagine how happy the teacher was when she passed between the desks and saw my paper)! I made an hour of these 'notes' listening to the commercials on the various channels and the most beautiful creation that 'was created' (sounds almost like an ancient rhyming poem ') is: 'QUEVESIPRESTARANTENOSURSE-MARTOROPIRAVIGOMIDURSE' .... ". 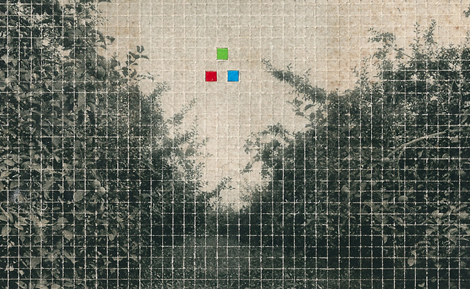 The young Milanese artist presents pictorial works in this exhibition, interventions on natural materials such as leaves and old photographs, representing, according to its multifaceted expressiveness, as now also everything that belongs to our past, as well as everything that surrounds us in the present and of which we ourselves are a part, is turning into something fragmented, by "pixellato". According to the artist, we are becoming like a wandering "flock" made up of indistinguishable identities and as the curator of the exhibition Alberto Mattia Martini writes: “… Lost and dispersed in hyper-connected spaces, with his eyes fixed on the screen of our beloved smartphone, we are losing the desire for concrete actions, real emotions, visceral emotions, with the risk, as Marc Augé reminds us, that the future is no longer an opening to a dream for man. ". 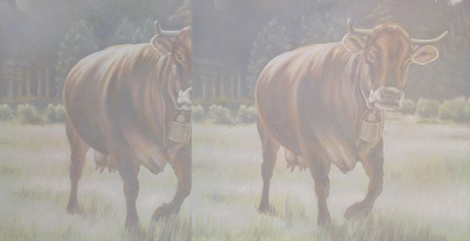 One cannot but agree with the French philosopher Michel Serres when he asserts that three major and radical revolutions have occurred in the cultural and social history of humanity: the first is the passage from orality to writing, the second occurs in the fifteenth with the revolution of printing, with the arrival of Gutemberg and the book, the third, the one that interests us and involves most directly, is the entry of the computer and I would like to add, especially the internet.
In the first stage, communication was about the word: the oral message and the body were the undisputed protagonists; in the second we see that a material slowly comes into play, the letter, which in a certain sense becomes the object surface on which man's thought and message are expressed and conveyed. In the last transformation, not just a simple material is inserted between man and his thought, how could paper be, but even technology intervenes, which presupposes formal innovation but above all the introduction of a means that lives a sort of life of its own and which at the same time becomes what we could define as a “limb-conceptual”, an extension of the mind of man.
Serres also warns us, saying that these events so extreme, they have had equally intense consequences in society: with writing we had the spread of the so-called book religions, like Christianity, instead with the press we have seen the reform, Protestantism in opposition to Catholicism. Extraordinary events, which consequently have in turn brought about financial transformations, commercial, in culture, in language, in the sciences, in industry and commerce.
We must therefore expect changes from the advent of the computer that will change our society, both for good, than bad.
In my opinion these are already in place if we consider the crisis gripping much of the planet, decay and changes in values, ma in special modo, if we consider how the advent of new technologies has influenced our way of living our daily lives.
A new way of thinking has entered the front door and new technologies are increasingly becoming our source of added memory, if not a replacement application for our brain, which is gradually assuming the conceptual conformation of a file, assiduously every day “compatible” with “dad PC”.
A society undergoing rapid and constant change that invites us to reflect and to be analyzed, as he observes, investigates and inevitably lives L'orMa on its own skin.

You may be wondering if my mental state is in good condition: I can reassure you, so at least I hope, Astolfo, in fact, it is not yet on the hippogriff's back, headed to the moon in search of my sense. This word, or rather these letters joined together, they produce a kind of nursery rhyme, a free interpretation of the media bombardment that the media there “dedicate” everyday, apparently making us believe that the purpose is to cheer our existence. A nonsense, which refers us to the word dada, also invented, which has no real and concrete meaning, a play on words, an imaginative expression, but symptomatic of the disintegration of contemporary man. On line, in fact, with the lucid reading of the society put in place by the Dadaists, The orMa listens with a sensitive heart to the social dimension in which we navigate and deconstructs its collective organic composition, in some cases, not sparing in criticism, in imaginative reflections, other times, instead, using the cutting edge weapon of irony. A constant of the young Milanese artist is multidisciplinarity, the refined safety of which it is provided, which leads him to use indifferently, and I do not hesitate to express, with the same quality and the same results, painting, the photograph, reworking of old photographs, the installation and in some cases also the sculpture.
A current study claims however, that there are favorite children, that every parent, perhaps unconsciously, puts into effect preferences towards one child over others. I don't know if even L'orMa, aka Lorenzo Mariani, have a preference for one expression over another and look for, like I think parents do, to keep the favorite affection hidden, presumably because guilt grips them. I don't know which one is there “creature” that the OrMa designates to his beloved, I am sure however that in the pictorial expression the Milanese artist proves to be in “overflowing” harmony. A “pigmented representation” which has changed and I would say evolved over time, both in the choice of the subjects portrayed, than in the technique; the latter progressively improved, refined, citing a language linked to tradition, with a flavor and a patina that smells of history and memory distant in time, but extremely predisposed to a contemporary reading that fluctuates between the fairytale, the imaginary and an existing disarming.
Journeys of an imaginary memory, come nell’opera The great trees, taken from the homonymous work carried out in 1876 by Albert Bierdstadt, in which a centuries-old pine in the foreground becomes the protagonist of an alpine landscape. 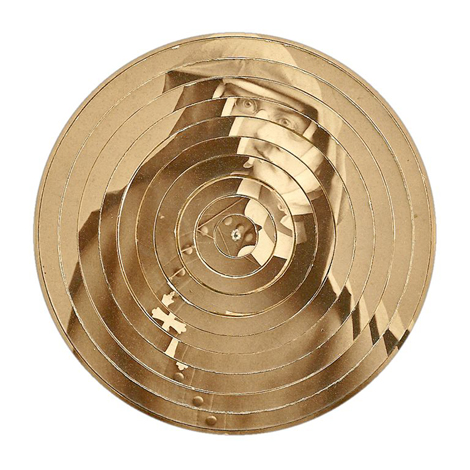 The realistic oil process, almost entering the field of hyperrealism, deliberately takes on an opaque patina, which immediately refers us to the perception of a distant era, like an old photograph recovered in some attic, inside an old trunk, from which the passage of time has only been partially subtracted. What we could define as a subtle and refined exchange of “technical identity”, which we also find in other pictorial works, as for example in the large flock of sheep concentrated in the foreground, which immediately brings to mind a fundamental work: The fourth estate of Pellizza da Volpedo. However, the narrative of the work created by the OrMa is not an expression of the composed and sure advance towards social and political emancipation by the humbler classes, rather a real and truthful investigation of a lost and dispersed social identity, not only in the world, but within itself, constantly wandering, in continuous and frantic search for pastures to cling to in order to survive. Committed and busy to fragment ourselves into several subjects and personalities at the same time, we lost that “original” and identity, we wander like a flock of sheep lost in the world. A reality “pixellata”, as in the photographic images that L'orMa re-elaborates and on which it intervenes, almost as if to underline that you are, indeed we are, disintegrating our past, and even more serious, the idea of ​​a possible future. Lost and dispersed in hyper-connected spaces, with his eyes fixed on the screen of our beloved smartphone, we are losing the desire for concrete actions, real emotions, visceral emotions, with the risk, as Marc Augé reminds us, that the future is no longer an opening on the dream for man.
Then we could conclude by saying that the work of the orMa is an attempt to build a synoptic and understandable image of our being in the world, adopting the criterion of enchantment and disorientation, to try to tell not only a personal emotional universe, but a common truth that welcomes the concept of denial of the continuous and neurotic assumption of other identities, a universal acceptance of: “They are what they are”.

Lorenzo Mariani (Art in the footprint) è nato nel 1985 and lives and works in Milan. Graduated from Brera in 2007, later he was the official assistant of the artistic couple Vedovamazzei. From 2010 he has participated in group exhibitions, competitions and important international residencies. Spazio Testoni presented his works in Bologna for the DEFAULT exhibition in 2011 and in ARTE FIERA 2014. 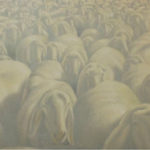 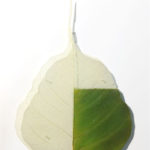 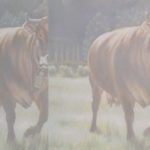 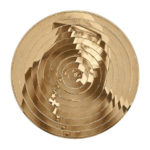 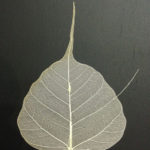 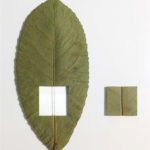 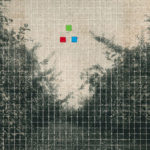 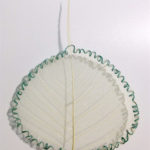 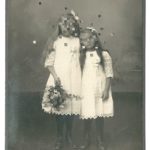 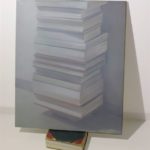 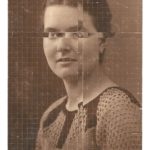 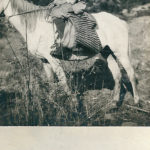 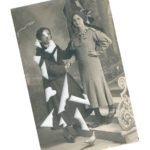 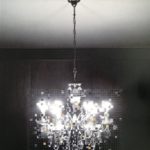 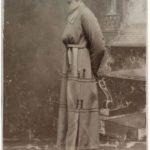 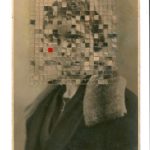 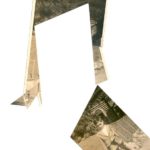 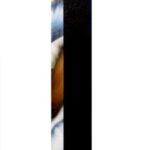 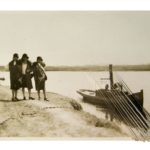 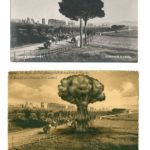 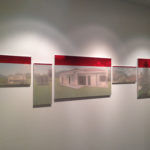